A new food category, yay! Cooking and baking have always been to major passions of mine, so I thought I’d share some of my more fun recipes. So here goes nothing:

My first recipe is one of my little brother’s favorite, pizza dippers! Making lunch for a picky 14-year-old can sometimes be a challenge, but he loves these things. They are great for kids, but adults can definitely enjoy them just as much. They are super simple and easy to make, and they won’t break the bank either. The recipe makes 8 pizza dippers.

1 can of crescent rolls

4 pieces of string cheese (I use the light mozzarella)

Start by rolling out all eight crescent rolls on a pan or counter.

If you like pizza sauce, put about ½ tbls. spoon of pizza sauce on the crescent rolls. If you like less sauce, you can skip this step.

Cut each piece of string cheese in half.

Roll up the crescent roll, like you normally would. Take the loose edges and pull them over the open end to stick them to dough.

Follow these steps for all eight crescent rolls. When finished, put the crescent rolls on a greased backing sheet, making sure the seams of the dough are facing down.

The next step is optional:

Put the butter in a microwave safe bowl, and melt it. Add Italian seasoning and garlic powder to taste. Feel free to add other spices as well. I have also used just garlic seasoning in the butter.

Using a pastry brush, brush the mixture over the top of the roll ups. 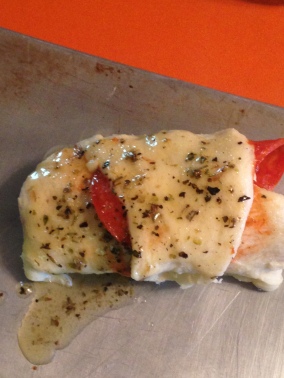 Bake in the oven at 350˚ for 10-12 minutes or until the crescent rolls are golden brown.

Serve with pizza sauce for dipping. 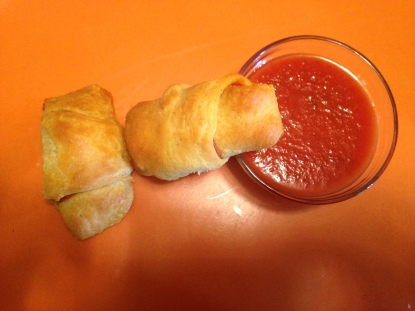 These go great with the baked mozzarella sticks, whose recipe will be coming soon

I think we can all agree that 2016 has not been as smooth sailing as we all had hoped. I’ve been about ready to chalk it up as one of the worst years ever for awhile now. One thing that has happened this year was my extreme weight fluctuation. I may have avoided the Freshman 15, but that didn’t stop me from discovering the Sophomore 10. Thankfully, I have been able to shed all of that excess weight over the summer, and then some. Before I get into this, let me just say that I do not hold some amazing weight loss secret, so if that’s what you’re hoping for, this post isn’t for you. #sorry. So here goes nothing:

Part One: The Gaining

I noticed that I was packing on the pounds long before 2016 came about, but it didn’t become a problem until late January. I think many girls can agree, that one of the worst feelings ever is trying to squeeze into your favorite jeans only to discover that they don’t fit. Yes, this happened to me. There was no way I was getting those things on without breaking or ripping something. Of course this doesn’t make a person feel all that great, but the real problem emerged when I realized I couldn’t get ANY of my jeans on. YIKES! Talk about an awful, shameful feeling. How did this happen!? Luckily, I know how it did.

First thing: I like to eat. A lot. And of course all my favorite foods are carbs. I could eat pasta and bread all day, everyday. But it wasn’t just those: it was McDonald’s, brownies, ice cream, and everything deep fried. I ate a lot, especially late at night, which we all know is awful for you. When 9:00pm would hit, I turned into a ravenous beast who inhaled anything I could get my hands on. (Yeah, I’m not proud of that). I also ate when I was bored, because it was something to do. 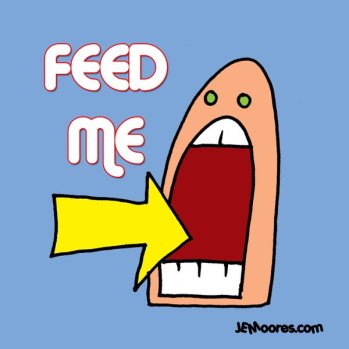 Second: Not only do I like to eat, but I eat when I am stressed, and I was stressed like a lot. Does eating make me feel better? No. Does it help alleviate my stress? No. Does it make me feel awful? You betcha!

Fourth: Meds. That fun medication that I have referenced a couple times in past posts played a key role in my weight gain. While I was on them, I had no appetite. I hardly ate anything at all, because when I did, I immediately felt sick, and sometimes even threw up. However, they also caused me to balloon up a lot. I gained seven pounds while on them, but thankfully lost those pounds after I went off of them.

Fifth: I was surrounded by enablers. It’s so easy to eat a pan of brownies, when your friend is sitting next to you doing the same. It’s easier to go out to eat when your friends want to go out for a light night bite. I am in no way blaming anyone for my weight gain, because truthfully I become an enabler as well. However, my point is that it easy to eat when other people are eating or are inviting you to come eat. And everyone knows that I’m not the type to turn down chocolate in any form. I take responsibility for my eating choices, but it can be hard to say no sometimes.

So that’s that. I packed on the pounds real quick, and you can imagine I wasn’t too happy with myself. My jeans started fitting (thankfully) a few weeks after I discovered they didn’t (Thank you, world for leggings and yoga pants!) Even though gaining all the weight and not being able to put on my pants was very hard on my self image and confidence, it was an eye opener. I needed to make some changes.

Second semester was a busy time for me. I had 16 credits and 2 jobs. I simply didn’t have time to eat that much. When you’re running from work to class to work, you don’t think about skipping lunch. It got to the point where it’d be 7:00 at night, and I’d realize all I had had all day was a cup of coffee. Yes, I lost some weight during this time, but I would like to say that this is NOT healthy! My body was hanging on to every calorie it could, and my lifestyle was not one you want to pick up. In fact, I feel that this was almost worse than the constant binging. I ended the year down about five pounds. Half of what I had gained! (Not including the medication 7). However, when life slowed down, and I wasn’t so busy anymore, I gained them back. Why? I fell back into old habits. So what did I do?

First: I stopped eating to alleviate boredom. When I’d find myself scouring the cabinets for something to eat, I’d stop to ask myself, “Am I actually hungry?” 75% of the time, my answer was no. So I would close the cabinet and find something else to do.

Second: I talked out loud to myself. When I wasn’t hungry, I’d say things like “Get out of the fridge, you’re not even hungry,” or “put down the Doritos, it is 11:30 at night.” It seems silly, but it helped. Talking out loud helped overpower to voice in my head that was telling me to eat.

Third: I become more active. I started going for walks and jogs when I could. I even went rollerblading a few times. It helped work up sweat, but also helped with my stress levels. It’s a healthier way to manage my stress, and one that actually helps in the long run.

Fourth: I ate better food. I have always loved healthy foods, so I ate more of them rather than filling up on junk. It’s not like I’m not still eating chocolate, I just moderate it better. I’m hoping that I have built up enough healthy habits to be beneficial when school starts up again, because I really need to stop spending so much money at Applebee’s and McDonald’s, but that doesn’t mean I can never go. 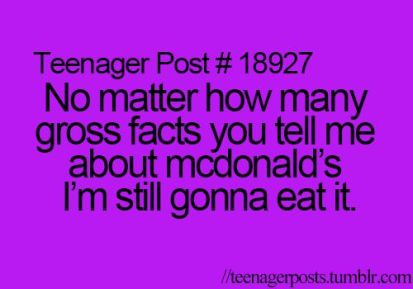 So as you can see, there was no magic secret. I didn’t workout three hours a day or live off of celery and carrots. I still eat what I like, I just don’t inhale it. I also learned that you can have days where you eat a lot of food that’s bad for you, without having to throw all your new healthy habits out the window. Everyone has bad days or fun days where they eat more than they care to admit. My weekend of binging out on potatoes and fair food has cost me three pounds, but I’m not letting it faze me. Tomorrow is Monday, a new day, and a new week. I can get back on track and lose it all again.

I can say that today, I am more confident in my body than I have been for a very long time. Many of my jeans are now too big! Thank goodness for belts! I’m still not tiny my any means, but I probably never will be. My legs still jiggle when I walk and I still have my love handles (thought they are noticeably smaller), but that doesn’t matter, because I am happier and I am more confident. Learning to love your body is not a sprint, it’s a marathon, and I can say that am another mile in. Keep working on yourself. Never stop trying to improve and working to be the best version of yourself you can be. Keep running your marathon, and we can all eventually learn to love ourselves together.

It’s been two months since my last blog post. I have a lot to say, but yet I have nothing. I haven’t posted in two months because A. I haven’t had Wi-Fi and B. I just couldn’t think of anything to post. What is there to say? Normally I have a ton of things swirling around in my head, just waiting to burst out onto the page, but I haven’t had anything swirling around that seems worth while. Even now, I’m this far in and all I have managed to write is gibberish. I’m not going to lie, this summer has been rough and it’s taking its toll on me and my writing. I have so many things I want to post, including a new food category, but I just don’t have the energy to do so. As I struggle to write something worth your time now, I have nothing. My brain has nothing. So I will leave you with this: stick with me. I’ll get something worth your while written soon. I’m not quite ready to shut up yet, so bear with me. I will write something good again soon, I promise. Until then, you keep doing you.